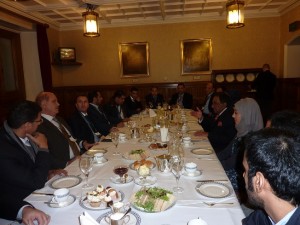 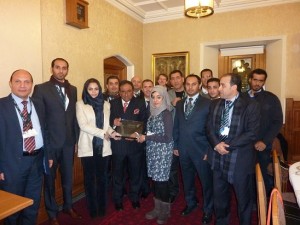 Lord Sheikh hosted an afternoon tea in the House of Lords for a senior UAE press and business delegation led by ADNEC, the Abu Dhabi National Exhibition Centre, to London and called on Abu Dhabi to increase its profile in the UK. The meeting was part a visit to London to mark five years of ADNEC’s five year investment in the Excel centre which has resulted in the Centre becoming a global centre for business activity and one of the main 2012 Olympic Venues. Lord Sheikh congratulated ADNEC on its £165m investment in the capital and how it has generated over £1.6bn in economic impact to the capital.

Lord Sheikh said, “Excel put on a wonderful show for the Islamic Finance Conference last year, the first outside of the Middle East, which has contributed to London becoming a leading player on the world stage in this emerging financial area”